6 Tips To Consider Before Giving A Smartphone To A Child 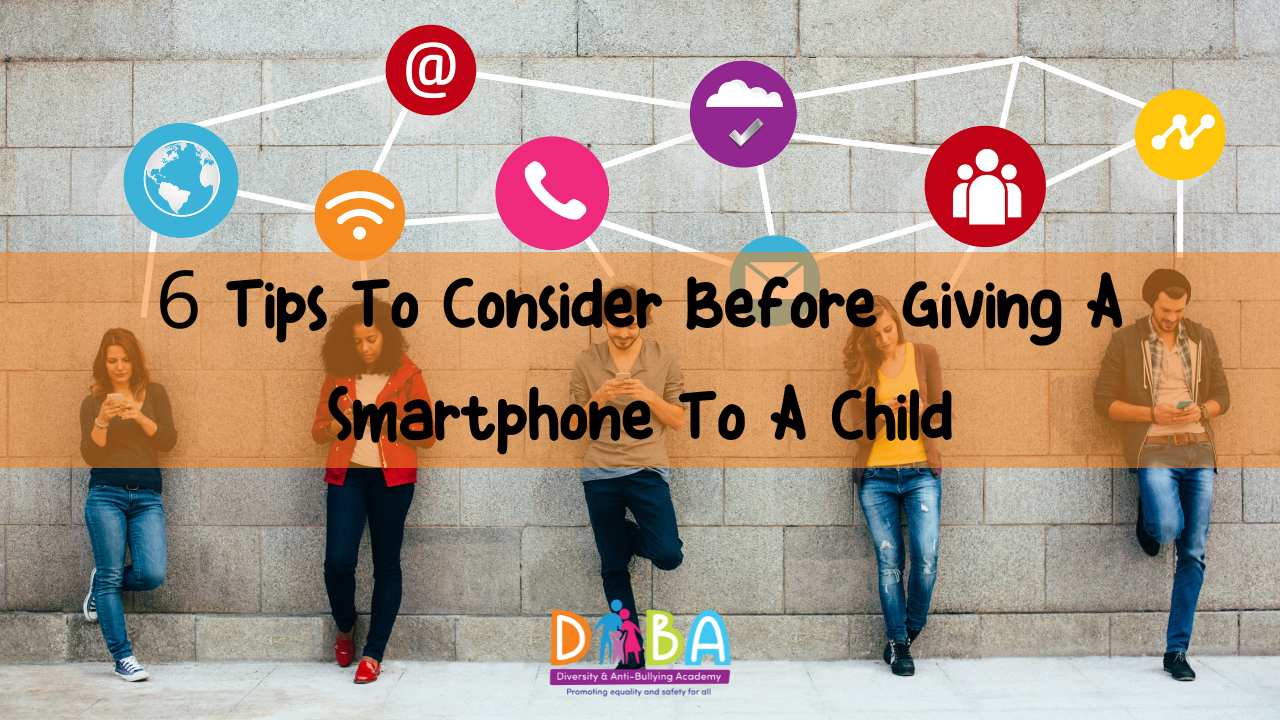 My eldest child was born the same year that the iPhone was released for the first time. It was such a hit! And while a lot of people thought it would turn out to be a dying fad, here we are with people addicted so much to their devices that they can’t stand in lines without looking at their phones or go to the restroom without swiping through Tik Toks or Instagram reels.

It’s crazy to think that most of our youth today don’t know a world without smart devices.

This means that kids are becoming exposed to a lot of information sooner than they’re ready for it to include pornography.

1 in 10 parents knows the code to their child’s device and 50 percent of kids admit to having experienced bullying.

So, I want you to think about doing these five things before giving your child a device that gives them access to the web.

Know your why. Why should your child have a smart device? Some parents want to be able to track their children, but there are watches that can do that specially designed for kids. You can program these devices to be able to send and receive text messages only from certain people.

Are they mature enough? If your child sees something graphic or violent, will they be mature enough to report it and process it in a healthy way? Or do you think that they will feel extreme fear, shame, worry or sadness?

Will your child know when and what to report? Kids usually don’t receive bullying or cyberbullying awareness education. So, how can you expect your child to know the DOs and DON’Ts of online use? How will they know what is not acceptable communication or when someone is targeting them for something dangerous?

Is your child responsible? Putting aside the responsibility to report inappropriate use of their devices, are you alright with giving your child an expensive device? Dave Ramsey, a financial expert recommends a child save an annual amount of $500 per year because the most expensive use of that money will most likely be the repairing of their device. So, if you or your child don’t have the money to repair the device, are you willing to pay for insurance? Don’t forget about the phone plan too. There are limited plans for children and the u limited plans can get pricey. So, keep this in mind too.

Are you willing to stay up to date with your child’s activities on their devices and online? This is a full-time job. Seriously, think about how many logins and passwords you have. Kids will need to be super cautious because minors are so careless with their private identifiable information that they become victims of identity theft. You will also need to consider using a monitoring tool to block unwanted and inappropriate information and you will have to adjust their settings too.

Lastly, consider drafting a user contract if you decide to give your child a divorce with access to the web. This contract should include the terms of use such as screen time hours (when and where your kids can/not use the devices, what they are allowed/not allowed to access) responsibilities (reporting, device repairs), and consequences (what will cause the revoking of privileges or how to earn phone use prívele he’s back).

Hopefully, these tips help you make the right decoy for you and your child. If your child has already been using a device and going online, it’s not too late to exercise these measures.

Remember, you’d rather be the parent with a child mad at you for restricting a device than the parent having to file a police report because your child’s identity was stolen online or they got explicated online.